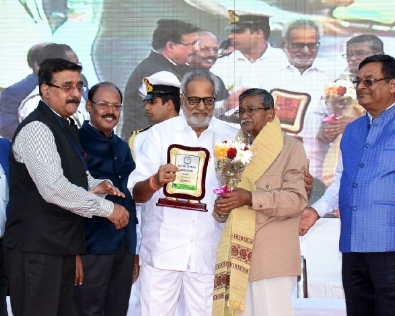 Prof. Ganeshi Lal was sworn in as the Hon’ble Governor of Odisha on 29th May 2018. He was administered the oath of office by the Hon’ble Chief Justice of High Court of Odisha Shri Justice Vineet Saran in a function held at the Abhishek Hall of Raj Bhavan.

Prof. Lal was born in Sirsa, Haryana on 1st March, 1942 and holds a degree in English Honours. He further went on to gain a post-graduate degree in Mathematics. He was brilliant in studies and stood First Class First in FA, BA and MA Class and was a Gold Medallist.

After completing his education, he became an academician and served as a professor in various government colleges of Haryana between 1964 and 1991.

Since 1962, Prof. Lal is actively associated with the Rastriya Swayamsevak Sangh (RSS) and held posts in the Hisar, Rohtak Wing of RSS.

Prof. Lal’s political career started with grassroots organisations of the Bharatiya Janata Party (BJP). He was former State President of Haryana BJP, a former Chairman of Akhil Bharatiya Vidyarthi Parishad, Haryana, and former National President of the BJP Disciplinary Committee. During Emergency period in the country in 1976, Prof. Lal was sent to jail. He also actively participated in the Ram Janmabhoomi Movement.

Prof. Lal was elected as MLA from Sirsa constituency in 1996, and became a Minister in the Haryana Vikas Party (HVP)-BJP Government in Haryana from 1996-99.